ANZ Bank Deep Dives Into The World of Agile Transformation

CEO Shayne Elliott, ANZ added, further to satisfy customer needs, this revolution made in its working style will enlighten the staff and improve efficiency.

The bank made it clear today that it will execute the scaled agile approach to establish and deliver work within its Australian division to respond more swiftly to go with the changing consumer mindset.

Large financial services companies such as ING and ABN AMRO have adopted the “Scaled agile Approach” based on small, independent, versatile teams and it has proved for their tremendous success in running businesses.

Following the success philosophy for its Apple Pay Launch in 2016, Elliott said it this revolution will bring a sweeping shift in many ways for ANZ.

Elliott mentioned that, ANZ has already been using the Agile approach within the bank and delivered close to 20 percent of technology and digital projects. While declaring the changes, Elliott said agile would make the organization flat and move ANZ towards being a bank built around small, cooperative, autonomous teams focused on offering constant enhancement in the customer satisfaction.

“We are working towards accelerating our revolution through broader implementation of Scaled Agile across ANZ”. Kath Bray, the MD for products who has proved his efficiency in the delivery of Apple Pay at ANZ, has been identified to oversee “agile transformation”. The teams will be restructured into small groups of 10, known as ‘squads’ that group into ‘tribes’, swapping managers with coaches and product owners to drive development cycles.

“This will be self-driven teams,” says Elliott. “Teams will have the total control and clarity about what they are doing. Every individual is empowered as a leader”.

“It’s about swiftness to market, answering to customers quickly and it’s about authorizing our people to do their best with our resources at hand.”

ANZ is moving away from the concept of data warehouses by gathering its data into a single Hadoop-based data stream.

Boston Consulting Group has been appointed by ANZ to scope out the project and looking forward to begin full-fledged implementation early next year.

CEO Elliott also outlined his vision to partner with external organizations and compute success for the transition.

In the statement released today the CEO Elliot stated that, “It is important to get away with some of the outdated 20th century approaches to shape and work to ensure we are more close to match the 21st century customer mindsets.

The declaration was released in parallel to its first half of the 2017 financial year results.

CEO Elliot highlighted with pride that “These results reflects that they are creating a unique banking approach constantly producing better results for customers and for investors”.

The below video shows how Elliott plans for the success and Agile transformation of the organization in the upcoming years.

News coverage from other media around the world:

ANZ to blast through IT hierarchies with agile development play – https://www.finextra.com/newsarticle/30503/anz-to-blast-through-it-hierarchies-with-agile-development-play 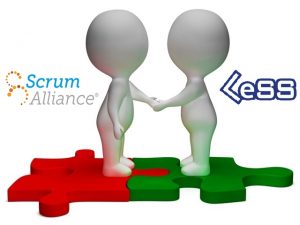 Scrum Alliance a not for profit company, was established in the year 2001 and is the leading, and high-ranking... Read More

Top 5 Industries That Are Adopting Agile Other Than Software

Though nowhere mentioned in the Agile manifesto, the Agile development mechanism has always been regarded as exclusively designed for... Read More 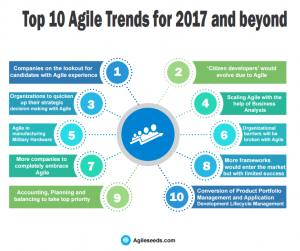 With the first month of 2017 coming to an end, tech teams across the world are busy planning their... Read More